This child has been condemned to death…

fighting the practice of Mingi​

Ethiopia is a landlocked country in the horn of Africa, with around 102 million inhabitants, a rich cultural tradition and a history stretching back over three million years. It is the most populous landlocked country in the world, the second-most populous African nation, and one of the poorest countries in the world. The majority of the population belong to the Christian community.

However, in the isolated Omo valley in the southwestern part of the country, belief in mingi is still maintained. The mingi children are subjected to an inhumane ritual, due to the the belief that they are cursed and impure: it is believed that they will bring misfortune to the village if they are not killed. 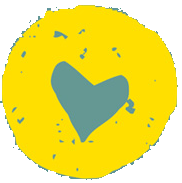 The transparency of the whole company is ensured.

Resources are implemented specially to achieve the greatest benefit.

Members and workers in our association are all volunteers.

YOU CAN HELP TOO

Through sponsorship, you will not only ensure that a child is looked after, you will also be looking after the child´s future.